Sagas about the Viking Age are not just world literature that has inspired authors such as Hemingway, Rushdie and Tolkien. The sagas can continue to enrich and divert contemporary readers, if they are available in the language of our own time. They are also an important source of inspiration for the entertainment industry and for the development of tourism in Denmark. They deliver good stories which the tourism industry may use in its marketing of historic landscapes. New editions of the sagas in modern Danish are now making the sagas accessible to everyone. 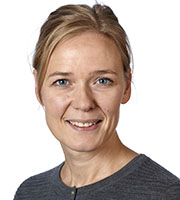 As both historical sources and good literature, the sagas are a vital part of our cultural heritage. The legendary sagas (in Icelandic fornaldarsögur Norðurlanda, in Danish oldtidssagaer) are vivid depictions of Viking Age gods and people in Denmark and the other Nordic countries and concern universal themes such as love, power, honour as well as the dynamic between the genders. A saga’s ideal hero, typically a king’s son or a Viking king, is a man of his word who puts his honour before all else. Giants and trolls are the heroes’ direct antitheses. Just as contemporary literature and films deal with the existence of UFOs and life on other planets, the sagas also concern the limits to our reality.

The legendary sagas take place in the Viking Age, while the sagas of Icelanders (in Icelandic Íslendingasögur, in Danish islændingesagaer) depict the period from 930 to 1030 AD. In the 13th and 14th centuries, the sagas were recorded on parchment made from dried and stretched calfskin. Around 1700, these texts were collected and documented by Professor Árni Magnússon at the University of Copenhagen. He bequeathed his large collection of original manuscripts to the University, where today they are stored under carefully controlled temperature and humidity conditions to prevent them from decaying. The manuscript collection, and thereby the collection of sagas written in Old Icelandic, has been added to UNESCO’s Memory of the World Register.

Now, the texts are being translated into idiomatic Danish and published to make them both linguistically and visually accessible to present readers. Annette Lassen is the editor of both a full edition of the sagas of Icelanders (five volumes) published in 2014 and the publication in 2016-2019 of the legendary sagas (eight volumes), which is one of the oldest Icelandic saga genres.

Translating the ancient texts requires the highest expertise within both the Old Icelandic language and the cultural and historical contexts of the sagas. To tackle this work, Annette Lassen has gathered a group of experts from the Department of Nordic Research, the Department of Scandinavian Studies and Linguistics, as well as professional translators and academic and literary consultants. The texts are easy to understand for the contemporary reader. Annette Lassen has, however, retained and explained a number of Old Icelandic words, such as Berserk, in order to remind the reader that the texts still belong to the distant past.

The sagas give us a better understanding of our ancestors’ lives and times, thereby strengthening our historically founded sense of identity and cultural affiliation. In addition, their content is both entertaining and of commercial value.

The sagas have inspired authors all over the world, including Ernest Hemingway, Gabriel García Márquez, Salman Rushdie and J.R.R. Tolkien. In Denmark, the translated sagas are used in primary and lower secondary schools, upper secondary schools and higher education. Annette Lassen is currently involved in the development of digital teaching materials about the sagas of Icelanders for upper secondary schools. The sagas are a source of vast knowledge about the Danish and Nordic Viking Age and Middle Ages which, without the new, idiomatic translations, would be inaccessible for most of us. Besides the translations, a number of accessory works are being published, in which the latest research is disseminated, for example about how the Middle Age’s fertile fusion of foreign and domestic culture caused the saga literature to flourish.

Annette Lassen lectures regularly at libraries, schools, literature and art festivals, associations and the Danish University Extension scheme. The Arnamagnæan Manuscript Collection often receives school classes and other groups, where students and teachers come to see and hear about the old saga manuscripts.

In every age, people have appreciated good stories. The saga literature’s fantastic stories are used as the basis for TV series such as the Irish-Canadian historical drama series Vikings and the Danish Broadcasting Corporation’s drama documentary Historien og Danmark (History and Denmark), to be released in 2017. They are also used in theatre and literature (e.g. in Tolkien's books The Hobbit and Lord of the Rings). Both the computer gaming and roleplaying industries use figures and stories from the saga universe.

The publishing industry’s sales figures show the significant and increasing popularity of the sagas: In September 2016, half a year after the publication of the The Legendary Sagas, the sales figures were 1,629 (Volume 1) and 1,336 (Volume 2). In recognition of the sagas’ commercial potential, Gyldendal publishing house has also acquired the rights to the Sagas of Icelanders from the Icelandic publishing house Saga Forlag. Gyldendal will commence publication of single volumes of the Danish edition in 2017.

There is increasing awareness of ancient history, cultural roots and national identity. The sagas can make history and the archaeological finds come alive with their vivid tales of the inhabitants of the past, thereby making their mentality understandable and their world relatable to present visitors. As such, the sagas have great potential within the tourism industry, which has yet to be exploited in many parts of Denmark. As an example, Sagnlandet Lejre (the Lejre Centre for Historical-Archaeological Research and Communication), whose revenue comes from experience economy and tourism, builds on the sagas’ accounts of human sacrifice, monsters and monarchs. Its visitor numbers are increasing steadily year by year, to the current around 60,000 annual visitors and it is often used as a film location.

The role of the researcher: Author, editor, translator, lecturer

Article in the anthology ‘66 Manuscripts from the Arnamagnæan Collection’: A fragment of the younger redaction of the lost Skjöldunga saga. Museum Tusculanum, Copenhagen, 2015, pp. 58-59.

Oldtidssagaerne. A total of eight volumes (in Danish), of which two have been published, edited by Annette Lassen and illustrated by Peter Brandes. Gyldendal, Copenhagen, 2016-2019. Published with the support of the Augustinus Foundation, the Velux Foundation and the Danish Ministry of Higher Education and Science’s Lottery Grants.

Islændingesagaerne: Samtlige sagaer og niogfyrre totter. A total of five volumes (2,637 pages, in Danish), edited by Annette Lassen and illustrated by Karin Birgitte Lund. Saga Forlag, Reykjavík, 2014.
The Danish part of the project was published with the support of the A.P. Møller Foundation, the Augustinus Foundation, the New Carlsberg Foundation, the Beckett Foundation, the Foundation for Danish-Icelandic Cooperation, Consul George Jorck and his wife Emma Jorck's Foundation and the 15 June Foundation.

The Sagas of Icelanders: