Changing Disasters: A New Understanding of the Interrelationship between Disasters and Society

Isak Winkel Holm is Co-PI, that is one of several project managers, on the research project Changing Disasters, a collaboration between all six faculties at the University of Copenhagen. 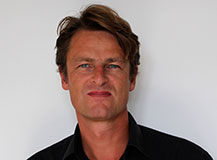 Example: Studies of the immediate aftermath of Hurricane Katrina in the southern states of the USA in 2005 show that the authorities’ first response was to activate repressive apparatus (police, military, prisons, etc.) to counter looting and other crimes. As a result, the human cost of Katrina was far higher than it would have been if ambulances and aid workers had been deployed in the worstaffected areas instead. Research suggests that this response from the authorities was heavily based on cultural conceptions of disasters inculcated by US television and the film industry. In this particular case, the disaster was very much a cultural one.

The Faculty of Humanities’ contribution to the project is to generate knowledge of how people think about disasters and enhance our awareness of how these ideas affect official responses. The purpose of the project’s communicative dimension is to raise public awareness of the social consequences of disasters, and how these are affected by official responses. The idea is to use the media to qualify coverage of disasters, which are usually portrayed like disaster movies, and to foster a critical awareness of how the media shape our understanding of these events. Learning materials for Danish schools at all levels will also be produced. In 2012, students in Danish upper-secondary schools wrote an essay for their finals on cultural conceptions of disaster, partly based on Isak Winkel Holm’s article Katastrofen i kulturen (The disaster in culture) in the Danish cultural journal Kritik, no. 194, 2009.

In March 2015, the innovative exhibition space X AND BEYOND, opened with 300 participants. X AND BEYOND is a project space for research, art, popular culture, and everything in between, with a focus on the importance of disasters in our age. The aim is to develop disaster literacy. Paintings of the breakdown of recognizable every-day life, as well as videos and installations depicting survival during and after a disaster create a popular dialogue and inspire reflection on the existential, cultural and political perspectives on disaster. Themes at X AND BEYOND include obesity as a disaster, as well as survivalism, which reflects on life after disasters. The exhibition space serves as an interface between academia and subjects that affect the general public. It forms part of postdoc Jacob Lillemose’s research project The Art History of Disasters, funded by the Novo Nordisk Foundation. The project involves collaboration with Medical Museion, Filmhuset and a number of other innovative cultural and research institutions in Copenhagen.

The role of the researcher
Expert.

About the project ”Changing Disasters”