Philosophy as a Tool to Improve Habilitation

PhD student Kristian Martiny helps the Helene Elsass Center, a research and therapy centre, improve the lives of children, adolescents and adults with cerebral palsy (CP) by developing new strategies, technologies and interventions for habilitation. His starting point is in the interdisciplinary research field embodied cognition, which encompasses philosophy, neuroscience, psychology and anthropology. Philosophy’s contribution consists of language, ideas and terminology that build bridges between the disciplines and, in doing so, between the brain, mind and body. 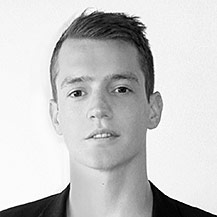 Kristian Martiny conducts studies of how people with CP experience their capabilities and limitations, and how they experience their own bodies, both individually and socially. He focuses on three parameters - brain, body and social relations - in order to seek a broader understanding of how people think. Key to this work is the development of therapy that prioritises how the individual experiences his or her possibilities, rather than the differences between people with CP and those without.

The research project’s innovative contribution includes new strategies and technologies for habilitation, and consequently new forms of treatment in practice. Technological and social interventions based on a strong focus on the individual’s possibilities have shown that people with CP - and associated psychological symptoms such as OCD, anxiety, depression and stress - have the potential to recognise and significantly develop their capacity to lead a good and active life. For example, Martiny is currently developing a new and innovative intervention practice via experimental activities such as social sports camps. These activities generate social situations through which people with CP enhance their motivation, motor skills and sense of control in social settings. He has also worked with Microsoft to develop the Helene Elsass Center’s training programme MiTii (Move It to Improve It), which employs active, conscious and intensive physical exercise to strengthen neural networks.

Overall, the project has created a new framework for understanding what it means to develop both individually and socially as an individual with CP - the physical symptoms of which often lead to severe psychological problems such as anxiety and social phobia. In the best-case scenario, therapy based on embodied cognition can help reduce treatment costs, get more people into work and ultimately benefit the economy.

The project uses traditional and innovative forms of communication to enhance the impact of the research, both among people with CP and in their social environments. One of Kristian Martiny’s key publications is the 2015 article 'How to Develop a Phenomenological Model of Disability', in the journal Medicine, Health Care and Philosophy. As a consultant for DR (the Danish Broadcasting Corporation) and the Danish Disability Council, he is endeavouring to enhance focus on communications and improve strategic work by changing attitudes to disability.

Martiny acts as a consultant to the National Board of Social Services and its strategic initiatives aimed at people with multiple disabilities and without spoken language. He also gives lectures to health professionals at home and abroad, including teachers, educators, paediatricians, neurologists, social workers, therapists, psychologists and nurses.

Other examples of impact