In 2004, the Danish parliament passed the Law of Educational Plan in Day-care (Kindergarten and Crèches). The idea behind it was not to change day-care practice, but to document and make visible educational work in childcare institutions. The law sets out six learning themes (language; social competencies; personal skills; nature and natural phenomena; forms of cultural expression and values; body and movement), within which the nursery teachers are to set goals and describe methods and activities for reaching them. The legislators envisage this as a knowledge process that develops the nursery teachers’ practice and professionalism through reflection and awareness. It does not include a requirement to reform day-care practices. 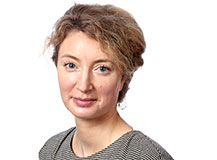 Maja Plum’s PhD project included an analysis of the influence of the requirement to document day-care work on nursery teachers’ practices. After conducting analysis of documents related to legislation and the implementation in the local authorities, qualitative interviews with nursery teachers, and ethnographic fieldwork in three childcare institutions over six months, Maja Plum concludes that the documentation requirement has had a significant effect on practice. Her research shows that:

As a result, the activities and interactions not included in the documentation of educational work are accorded lower priority. Basic routines in which the main activity consists of being there for the children, making them feel safe and secure (making food, mealtimes, toilet visits, changing into or out of outdoor clothes) lose significance, as the primary professional focus is on ‘learning’.

Maja Plum sees the requirement for documentation of learning as part of a political project. The role of the professional nursery teacher becomes a matter of optimizing the child’s development - and in doing so to fully play a role in the ongoing development of Denmark as a knowledge society.

Maja Plum is much in demand as a speaker at seminars and other events, under the auspices of the trade union Trade and Labour (FOA), local authorities and the Danish National Federation of Early Childhood Teachers and Youth Educators (BUPL), which funded her two-year post-doc. Maja Plum and her PhD supervisor, Professor Peter Østergaard Andersen, are frequently cited in discussions of new forms of governance in day-care institutions. Maja Plum has been the primary source of numerous articles on these issues (in Danish newspapers Information, Berlingske, Politiken and on videnskab.dk). However, interest in her research has been somewhat lacking among the politicians responsible for the introduction and actual administration of the educational plans in the day-care institutions.

Humanism, administration and education: the demand of documentation and the production of a new pedagogical desire. Journal of Education Policy, Volume 27, Issue 4, 2012