The asylum centre as ‘just another institution’ in the local community

How can we strengthen the integration of refugees and asylum seekers in local communities in Denmark? How can they get to know the Danes and the Danish way of life better? And how can Danes get to know the newcomers as individuals and families, rather than seeing them as one large, anonymous group? Birgitte Romme Larsen has investigated these questions by staying with refugee families and interviewing them as well as Danes, and also visiting local communities that include asylum centres. One important result of her research is that everyday life and day-to-day routines are of vital importance to successful integration. 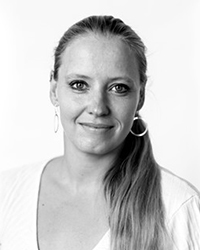 During several years of fieldwork among refugees and asylum seekers in small Danish towns and villages, Birgitte Romme Larsen has investigated opportunities for and barriers to social inclusion. Her PhD project Ind i Danmark (Getting into Denmark) from 2011 focused on the concrete significance of political decisions such as compulsory housing outside the major cities for accepted refugees. She found that at times social exclusion, rather than inclusion, can be the concrete result of dispersing refugees so much that they sometimes have nobody close by with whom to share their experiences.

Since then, as a postdoc – in 2015-17 with funds from Landdistriktspuljen (the Danish rural district fund) and the Danish Council for Independent Research/Humanities – she has investigated the significance of asylum centres to the local community and the newcomers’ interaction and neighbourly relations with local residents on a day-to-day basis. During repeated visits of one week’s duration, she stayed in local communities with asylum centres on the island of Langeland and in Norddjurs, respectively, as well as in Jelling, where her current research is taking place. Using the so-called deep hanging out method, among others, the aim of the research is to find out which mechanisms create social inclusion and exclusion of asylum seekers in the local community.

During these numerous stays in local communities, Birgitte Romme Larsen has identified some very specific methods for ensuring successful interaction between a local community’s residents and the newly-arrived refugees. She highlights the town of Jelling, where the local authorities together with the residents have gradually established organisational and practical cooperation between the town’s asylum centre, youth club and sports associations. One example is that the local community and the asylum centre share the youth club, so that Danish youngsters and asylum seekers naturally spend their free time together and get to know each other. By combining the institutions’ everyday routines and the use of facilities, normal neighbourly relations are created, and for the Danes in the town, the asylum centre has become ‘just another institution’.

Impact on the local community

To supplement and challenge the observations from the deep hanging out fieldwork in Jelling, Birgitte Romme Larsen held a large number of interviews with refugees, neighbours to the asylum centre, the local grocer, volunteers at the sports club, employees of the after-school club, and more. By asking the interviewees about when in the course of their daily lives they are aware that they have an asylum centre, she was able to collect examples of how accommodating asylum seekers affects life in the local community. Residents are generally pragmatic and can see tangible benefits from the presence of asylum centres:

Concurrently with these obvious advantages for a local community, there are many pitfalls to achieving well-functioning neighbourly relations. Birgitte Romme Larsen’s overall investigations show, for example, that Danes can become insecure if the newcomers’ conduct in the town’s public areas attracts attention, for example if they visit the grocer’s as one large group, speak (too) loudly or (too) quietly, or walk (too) quickly, or (too) slowly, and so on.

On the other hand, trimming the hedge and mowing the lawn is a way for e.g. a family from Africa to show that they want to assimilate the local, unspoken social rules and moral codes for mutual recognition. This sends a signal that you want to be part of the local community. In other words, a number of unspoken requirements are made of the refugees in terms of cultural codes, including physical behaviour in public areas, which – if these codes are not decoded and followed – may be perceived by many Danes as an aversion to the local community and its norms.

On the basis of part of her research, Birgitte Romme Larsen, together with her colleagues Zachary Whyte and Karen Fog Olwig, both from the University of Copenhagen’s Department of Anthropology, has contributed to formulating a number of specific recommendations for local authorities and asylum centres; cf. the reference below to the report entitled Den nye landbefolkning (The New Rural Population). With these recommendations, the researchers make specific proposals for how the local population and the new arrivals can meet and get to know each other, e.g. at open-house events, running events, communal meals, joint institutions such as the youth club in Jelling, and so on. If the inclusion is to succeed, it is vital for the asylum seekers that several roles are available to them – e.g. as customers, pupils or soccer players – besides that of traumatised refugees from war-torn areas.

By disseminating her research results in the local communities, Birgitte Romme Larsen seeks to contribute to eliminating barriers to everyday cross-cultural communication – thereby strengthening social interaction and inclusion. She disseminates her knowledge through national and local daily newspapers, TV and radio, and she also regularly gives lectures to school teachers, social workers and volunteers, as well as under the auspices of the Danish Refugee Council and the Danish Red Cross.

Life of the local community

Via this research, staff of the Danish Red Cross, which runs a number of asylum centres in Denmark, have become more aware of the importance of the individual centre gaining a position in the life of the local community, for example by intensifying the collaboration with schools and using local workmen when the centre requires renovation work. The benefits of having an asylum centre thus become clearly apparent to the local community’s residents. This creates a virtuous circle for the everyday mutual relations, integration and the development of the local community at a time which, in many places, is otherwise characterised by the depopulation of rural districts.

The role of the researcher: author, lecturer, adviser