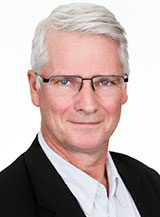 In 2003, during a conversation with the Director of the Investment Fund for Developing Countries, the head of the Department of Cross-Cultural and Regional Studies, Ingolf Thuesen, became aware that the department’s research-based knowledge about foreign cultures could be deployed for the benefit of Danish business. The department set up kulturkurser.dk, a training service that now provides a wide range of culture courses and acts as an income-generating activity within the University. Ingolf Thuesen manages the courses.

The culture courses improve the skills e.g. of business leaders, enhancing their ability to work with companies, sub-contractors, customers, etc. abroad. The researchers and investment advisors who teach the courses possess up-to-date knowledge of particular countries and regions. The investment advisors have specific knowledge of business conditions, while the researchers draw on their theoretical background in language and cultural studies, as well as their studies in the field. They keep abreast of political and socio-economic developments by watching TV and reading newspapers and websites in Japanese, Chinese, Indian, Iranian, Arabic, Hebrew, Russian, etc. They also have a keen understanding of the interaction between Danes and other nations, peoples and cultures.

The following businesses and organizations are among those who attended courses in 2014:

The courses also help ambassadors, consuls and their staff to prepare for posting abroad by the Danish Foreign Service. The MFA Competence Centre (part of the Danish Ministry of Foreign Affairs) has signed an agreement with kulturkurser.dk for courses in cultural understanding. In 2014, it commissioned courses on the following countries and regions: Pakistan, India, Japan, South Asia, South-East Asia, Indonesia, Vietnam, China, Korea, the Middle East, Egypt, Saudi Arabia and Israel.

This knowledge enhances the participants’ ability to communicate effectively and constructively with people from other cultures and reduces the risk of misunderstandings and the problems to which they can give rise.