“The Copenhagen Associations Project” conducts research into private associations in the Classical, Hellenistic and Roman worlds (c. 500 BCE to c. 300 CE). Headed by Professor Vincent Gabrielsen and funded by a DKK 9.5 million grant from the Carlsberg Foundation, the project employs three postdocs and two PhD students, and has 33 associate members all over the world. 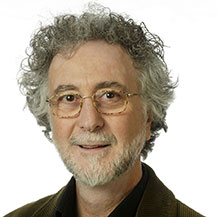 The project draws parallels to modern society. The research describes and analyses ancient associations as part of the cultural backdrop to the way in which modern society is organized, and illustrates the importance of private organizations to social development.

In the ancient world, the state was an exclusive organization that reserved all privileges for its own citizens, to the exclusion of slaves, women and foreigners. Restrictions were imposed on interaction between local citizens and traders from other states. For example, there was a ban on selling land to foreigners, which prevented the spread of trade and interaction. As a result of state restrictions, private associations with democratic structures flourished from the fourth century BCE, facilitating the exchange of goods and ideas between local citizens and incomers, and people speaking hundreds of different languages and worshipping a multiplicity of cults began to interact with one another - from Rome to India and from the Caspian Sea to southernmost Egypt.

Migration reached unprecedented heights in the period up to 300 CE. Private associations - sometimes working with the state - played a key role in the integration process. They tapped into the resources and skills that migrants brought with them for the benefit of society as a whole - skills the state had ignored in the past.

Professor Gabrielsen draws parallels between these insights and our understanding of modern society, in which the organizational forms (board, AGM, etc.) practised by private organizations’ help promote integration. Private organizations serve as platforms for organizing and deploying volunteers and provide experience of democracy in action. Activity in organizations involves interaction with other people, which enhances social cohesion and mutual trust, something that is of huge (though quantitatively immeasurable) value to Danish society. Good, democratic citizens contribute to the economy, and the absence of unrest and conflict minimizes society’s transaction costs. The social capital built up by voluntary associations in Denmark means that we, as a society and as individual citizens, are able to devote our attention to core concerns (education, production, services, etc.) on the basis of trust and collaboration instead of devoting a great deal of our resources to control and documentation.

For Professor Gabrielsen, research is inextricably linked to teaching history. Researchers pass on what they learn - e.g. about the importance of private organizations as the glue that holds society together - to students who graduate and go on to share this knowledge with the rest of society as upper-secondary teachers, consultants or civil servants, but also as ordinary citizens. These graduates have the ability to think innovatively, to bring people together and organize them around activities, to mobilize volunteers and to generate democratic dialogue on issues of concern to many of their fellow citizens, all of which benefits society as a whole.

Vincent Gabrielsen involves private companies that assume a social responsibility in his teaching. The Grundfos Group provides flexible jobs in various parts of the world for people who face physical and mental challenges. The A.P. Møller Foundation donates large sums to the primary- and lower-secondary school system in Denmark.

Professor Gabrielsen regularly invites the Grundfos HR manager and the director of the A.P. Møller Foundation to discussions with history students at the University about why companies work with corporate social responsibility and capitalist philanthropy. This provides students with access to important role models from private organizations and equips them to help enhance social cohesion and trust in our modern society. In return, the companies gain insight into the academic environment and into humanities research.

Professor Gabrielsen imparts his knowledge via lectures, conferences and input into a variety of media.