Steely Urban Spaces: Winning Proposal for Regeneration in the Town of Frederiksværk 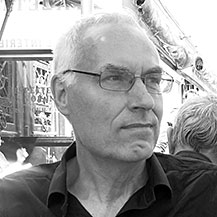 In September 2013, the local council in Halsnæs, North Zealand, and Realdania, a private philanthropic organization, launched the competition Steely Urban Spaces (in Danish: Stålsatte Byrum). The aim of this competition was to “set new standards for how urban architectural heritage can lift and develop a town like Frederiksværk [...] and link a narrative about industrial heritage to urban regeneration”. The idea was to use this link to generate a sense of local identity and encourage holistic planning in Frederiksværk, provide a boost to the experience economy in the area and attract more tourists.

In May 2014, following two rounds of voting, the competition jury reached at a unanimous verdict. The winning project was the work of SLETH Architects and Planners, Erik Brandt Dam Landscape, Moe Engineering Company and three consultants, including Martin Zerlang, in the role of cultural history expert. The project is based on the fact that Frederiksværk – Denmark’s first industrial town – has 300 years of rich industrial heritage, which acts as “an agent for regeneration” and as “a catalyst for a dynamic identity” (quotes from the winning proposal). Martin Zerlang was the main academic contributor to the entry.

In developing the concept, Martin Zerlang took part in an interdisciplinary process along with the architects. As a professor of literature and cultural history, he helped devise a proposal that regenerates industrial heritage and restores links between past and present. For example, the 18th-century canals, which were originally dug to bring energy and cooling water to the steelworks, feature prominently in the proposal in the form of a landscaped stream, which also looks to the future and greater use of renewable energy sources. By referencing the work of local landscape artists like J.Th. Lundbye (1818–48), the proposal sets out a vision of the town as part of a unique fjord, lake and forest landscape.

The winning proposal also fleshes out the concept of Frederiksværk as a self-explanatory town, in which a sense of local identity and cohesion are immediately apparent from both the historical and the modern aspects of the regenerated urban spaces. The first tangible  step will be to (re-)establish the copper-rolling mill, not as a museum but as an experimentarium with space for children and young people’s activities, in which the mill’s historical depth is contextualized by contemporary dynamics.

As well as the architectural and landscape aspects, the proposal consists of both organisational development (e.g. setting up guilds to drive urban-development projects) and the strengthening of the town’s identity and brand via activities and events that reference the steel industry, such as:

Just winning the competition will have significant social impact, as the project will now be implemented. The jury noted that the proposal, via its four communication strategies (physical, digital, strategic, cultural), provides an inspiring, sustainable model for urban development that has international potential, and which sees culture and architecture as mutually supporting elements. Halsnæs Council uses the proposal to tell the story of the town of Frederiksværk. This will boost local pride and identity and make the town more attractive to investors and other partners.

The role of the researcher

The winning proposal Landscape, Works and Town (in Danish)